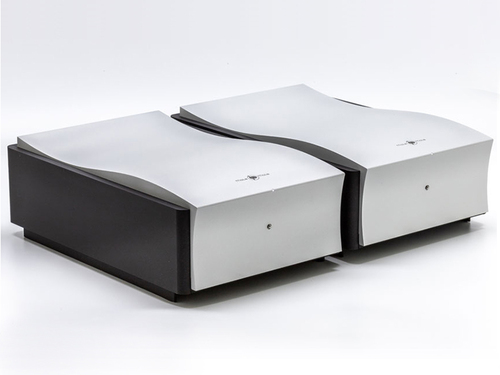 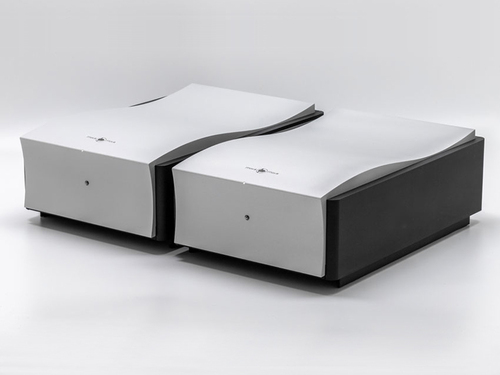 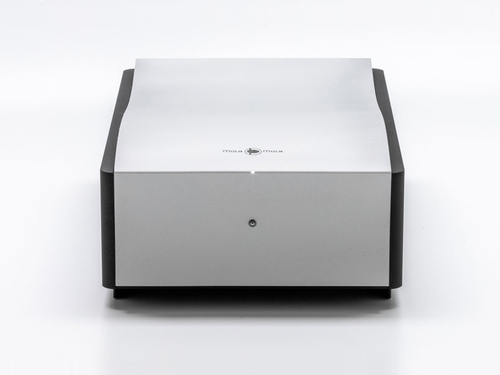 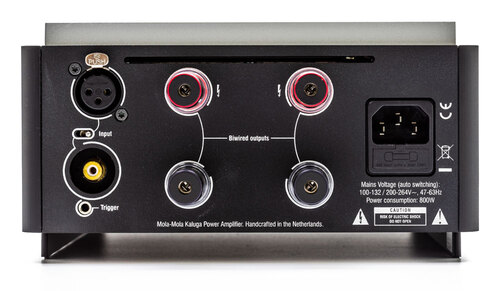 Kaluga is based on world's most sought after class-D technology: Ncore®. Unprecedented low distortion, noise and output impedance combine into what scores of enthusiastic users unanimously describe as “no sonic signature at all”. Just music, glorious music. For instance, the two supposedly unassailable strongholds of class-A amplifiers are linearity and output impedance, at high frequencies. Plotted on next page are the output impedance as a function of frequency and the output spectrum in a high power (400W), high frequency IMD test. In both cases Kaluga outperforms any power amplifier, regardless of technology, operating class or asking price, of which such test results are available.
The amplifier board is a Mola Mola specific design. The audio circuitry is trimmed to the bare bones and board-to-board connectors are eliminated in favour of soldering star-quad cables directly into the circuit board for the cleanest, lowest impedance connection possible. The input stage is implemented on a separate circuit board that uses the same discrete buffers as those found in the Makua. The output filter sports monolithic capacitors whose dielectric stability is reflected in an impressively neutral and poised rendition. The days of compromising power efficiency for audio performance are finally over: the Kaluga delivers definitive audio performance with power efficiency thrown in as a bonus.