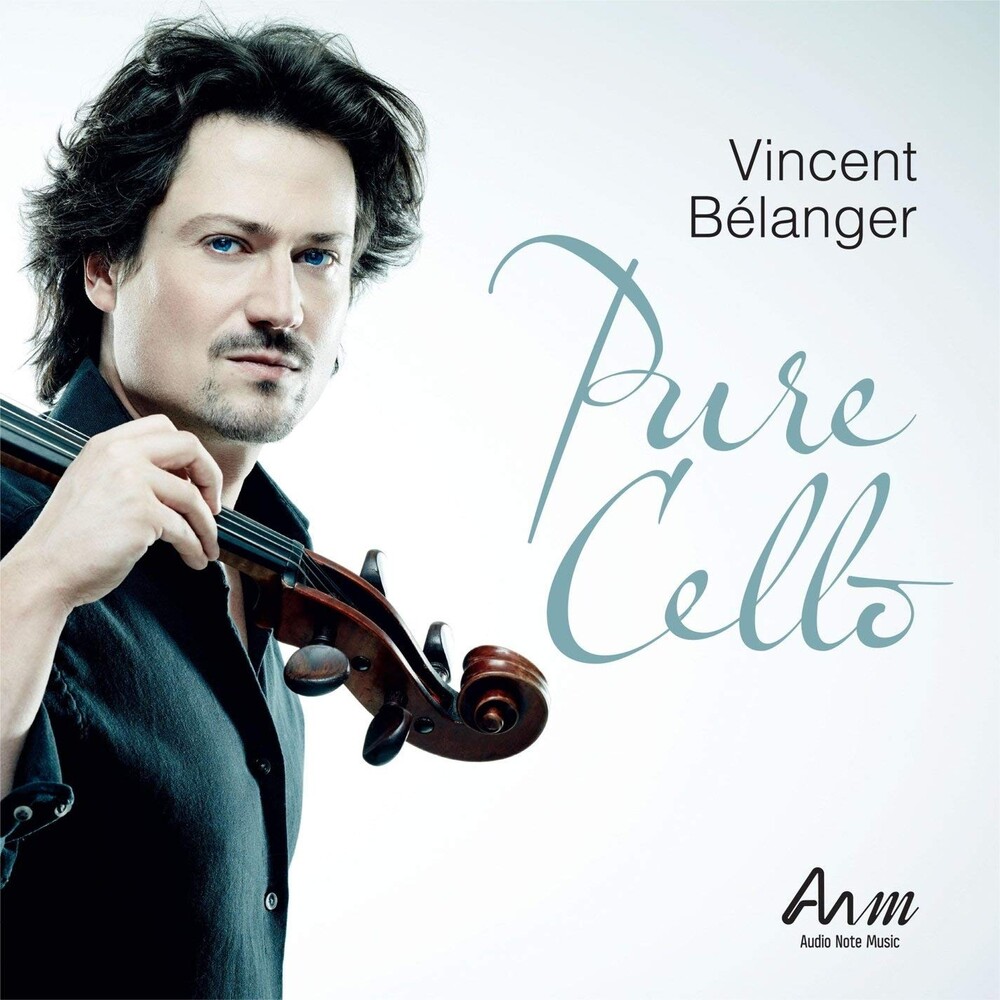 Canadian Cellist Vincent Bélanger is not completely unknown to lovers of high-quality music reproduction. Together with Anne Bisson, he released the album Conversations in 2016, which not only pleased Bisson Fans, but also drew attention to his virtuoso playing. On the other hand, Bélanger has also been the "ambassador" of the British hi-fi manufacturer Audio Note since 2016, which he has accompanied with live demonstrations at trade fairs ever since.
This producer has released his first LP with Pure Cello on his own Label. The Album was made with two years of preparation and contains with the Elite Etudes of F. W. Grützmacher truly challenging Cello pieces, which were recorded here for the first time. Bélanger's game is beyond any doubt. Trained in Canada and France, the musician took part in master classes with Yo-Yo Ma and Lluis Claret and delivers a first-class proof of his skills with Pure Cello.

[E]nThe Etudes that Bélanger is facing here have turned out to be virtuosic. And he dies just as bravura as with the older classics, where there are a lot more possibilities for comparison. - Thomas Schmidt, LP, issue 6/2019
Classical music in a breathtaking quality in extremely virtuoso playing and first-class recording technique.
Alexander Ash Brunner, HiFi-Stars Issue 41 (December 2018-February 2019)
This disc, which will be played in the Vinyl Version with sound-promoting 45 revolutions per Minute, was recorded as uncompromisingly as possible and can therefore be heard perfectly. [...] The Repertoire seems as ambitious as the surrounding: Vincent Bélanger serves excerpts from cello works by Gaspar Cassadó I Moreu, Johann Sebastian Bach, Max Reger and Friedrich Wilhelm Grützmacher. Bélanger recorded his Elite Etudes-horrendously heavy cabinet pieces, one of which a good 75 percent of all cellists should mercilessly fail - for the first time for sound carriers. On LP, all this sounds ultra-present and immediate-and puts you in an infinitely good mood. - Hans von Draminski, Fidelity, issue 4/2017
Now to listen: it is by far the best cello recording I have ever heard in terms of sound, and one of the best, most natural sounding LP In My approximately 8000 record collection. The tone and textures emanating from the bow, strings, f-holes and resonant wooden belly convey a deep level of realism that is not found in any format medium.
Review
Worldwide Recognition: 9.7
Music + interpretation: A+
Recording: 10
Mastering: 10
Paint Cutting: 9.5
Press: 9.5
Packaging: above average - Claude Lemaire, positive-feedback.com, 10.12.2017