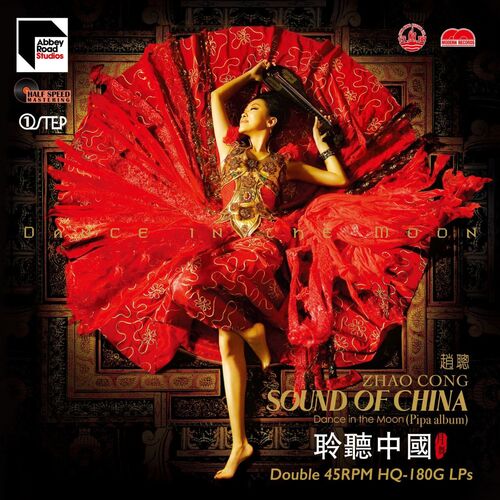 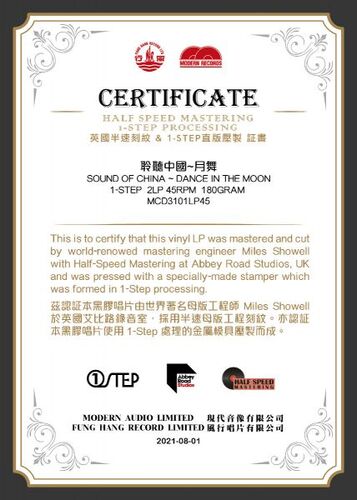 The pipa is one of the oldest Chinese instruments. The name "Pipa" originally refers to two gripping techniques. The two Chinese characters "pi" and "pa" stand for plucking the strings forward and backward respectively. Due to its perfect temperature control, its wide dynamic range, its bright timbre and its rich expressiveness, the pipa is considered the most beautiful and expressive of all Chinese folk musical instruments.
As the leading pipa performer in China, Zhao Cong is known for her unique style that combines classical and modern in grace and harmony. Their innovative and dynamic playing reveals their unmistakable versatility and ingenuity. All songs played by Zhao Cong on this album were written by Chinese composer Ma Jiu Yue. His love of traditional Chinese music and his natural talent make it clear why his compositions touch our hearts. In addition to the beautiful composition of the songs, the production of this album itself also contains some very interesting stories. First, the music caught the attention of the highly experienced and esteemed Danish sound engineer Hans Nielsen, who not only owns Denmark's largest private recording studio, but has also produced and recorded thousands of albums. Second, the project has brought together both Chinese musicians and Western producers to create a great mix of world music that combines Eastern and Western culture. The combination of these two different cultures has produced an extremely powerful and exotic musical panorama.
Modern Audio has released the album as Crystal Disc, UHQCD, HQCD and now as UHQLP. UHQLP stands for Ultimate Hi Quality Vinyl LP. For the first time, half-speed mastering and one-step processing are used together to produce an LP record. The first process leads to vinyl reproduction with an excellent treble range and very stable stereo imaging. The latter method ensures the lowest surface noise and more musical details and dynamics. The result: UHQLP is a vinyl LP that was made true to the original according to the master source.

Side A
1. Moon Light on Spring River
2. Herdsman
Side B
1. Ambush on all Sides
2. Chinese Beauty
Side C
1. Song of Horse Herding
2. Dance in the Moon
Side D
1. Blue Sky of West Region
2. One Rainy Night