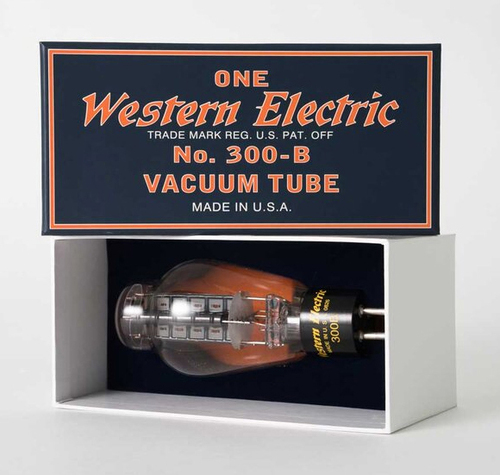 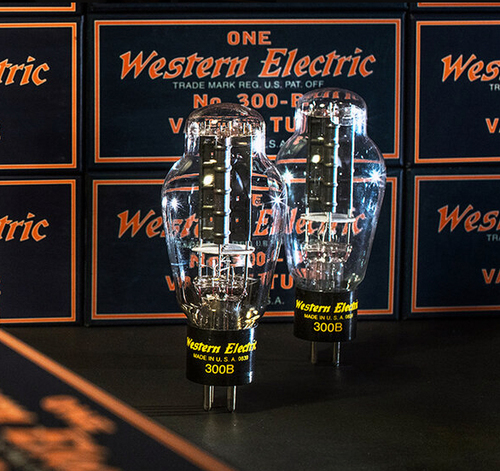 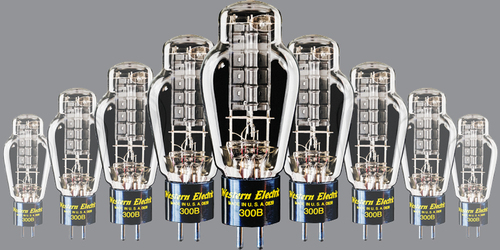 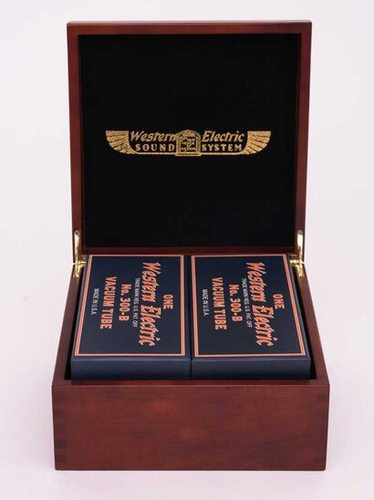 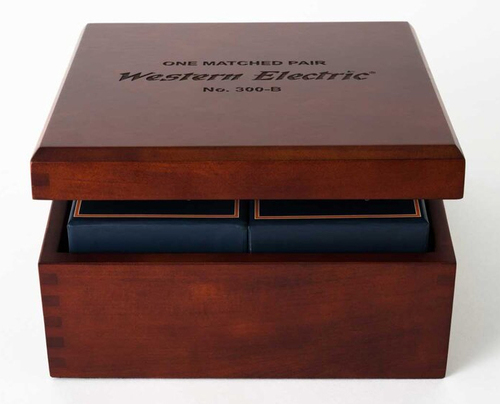 Dimensions
Dimensions, outline diagrams of the tubes and bases, and the arrangement of electrode connections to the base terminals are shown in Figures 1 and 2.

The filaments of these tubes are designed to operate on a voltage basis and should be operated at as near the rated voltage as possible. When alternating current is used for heating the filament, the grid and plate returns should be connected to a center tap on the secondary of the filament transformer.

Performance data including power output, second and third harmonic levels for a number of operating conditions are given in the table.

The variation of power output and harmonic levels with load resistance for several values of operating plate current is shown in Figures 7, 8 and 9, for a plate voltage of 350 volts.

The peak value of the sinusoidal input voltage, Egm, which gives the indicated power output, Pm and harmonic levels, F2m and F3m for each point in both the curves and the table, is numerically equal to the grid biasing voltage at that point. For a smaller input voltage Eg, the approximate levels may be computed from the following relations.

Plate-current characteristics for a typical tube are shown in Figure 3 as functions of grid bias, for alternating-current filament supply. The corresponding amplification-factor, plate-resistance, and transconductance characteristics are given in Figures 4, 5 and 6, respectively. When direct-current filament supply is used, and the grid and plate returns are connected to the negative end of the filament, the same characteristics are applicable if 3.5 is subtracted from the numerical value of each grid bias. 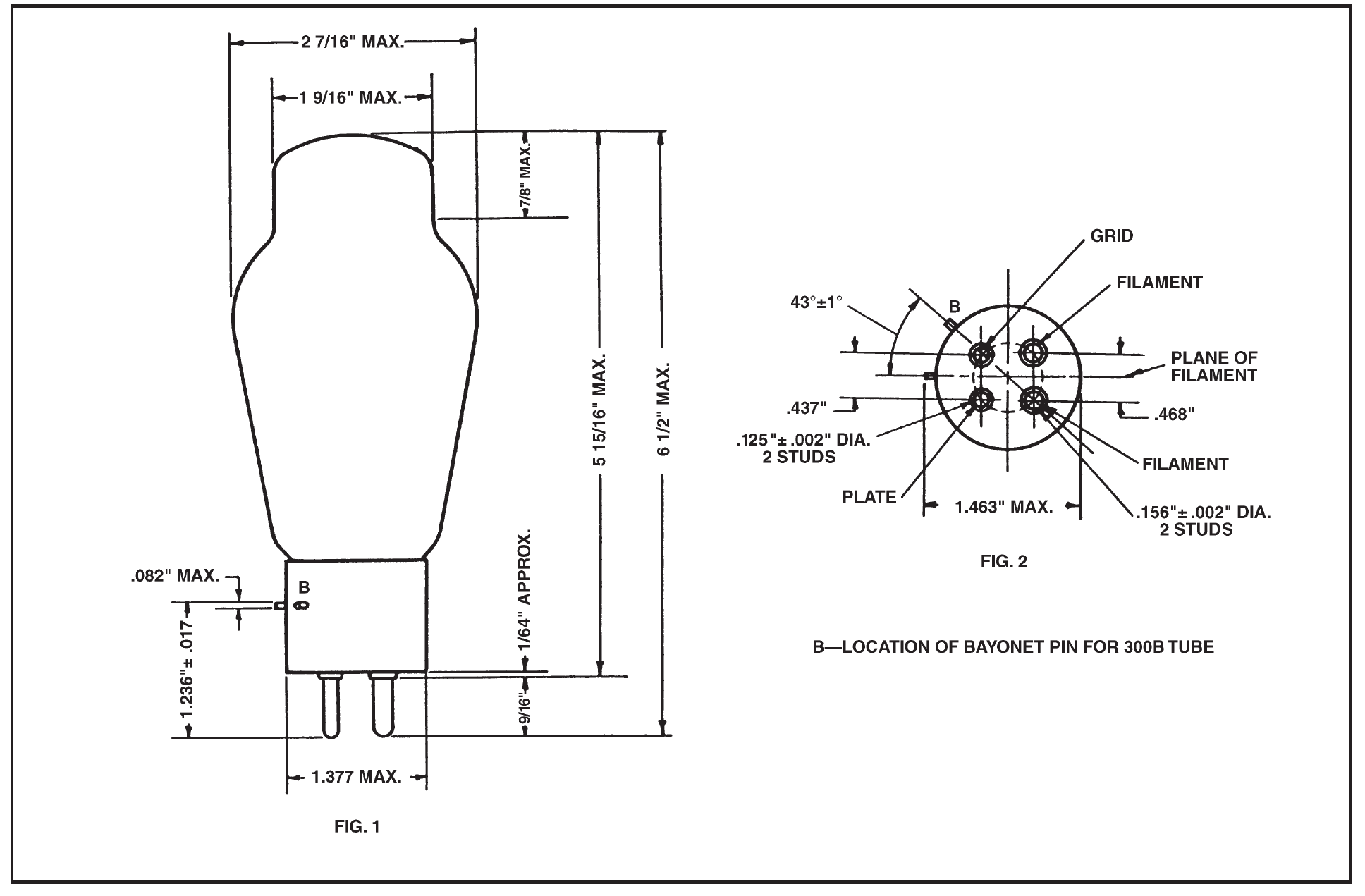 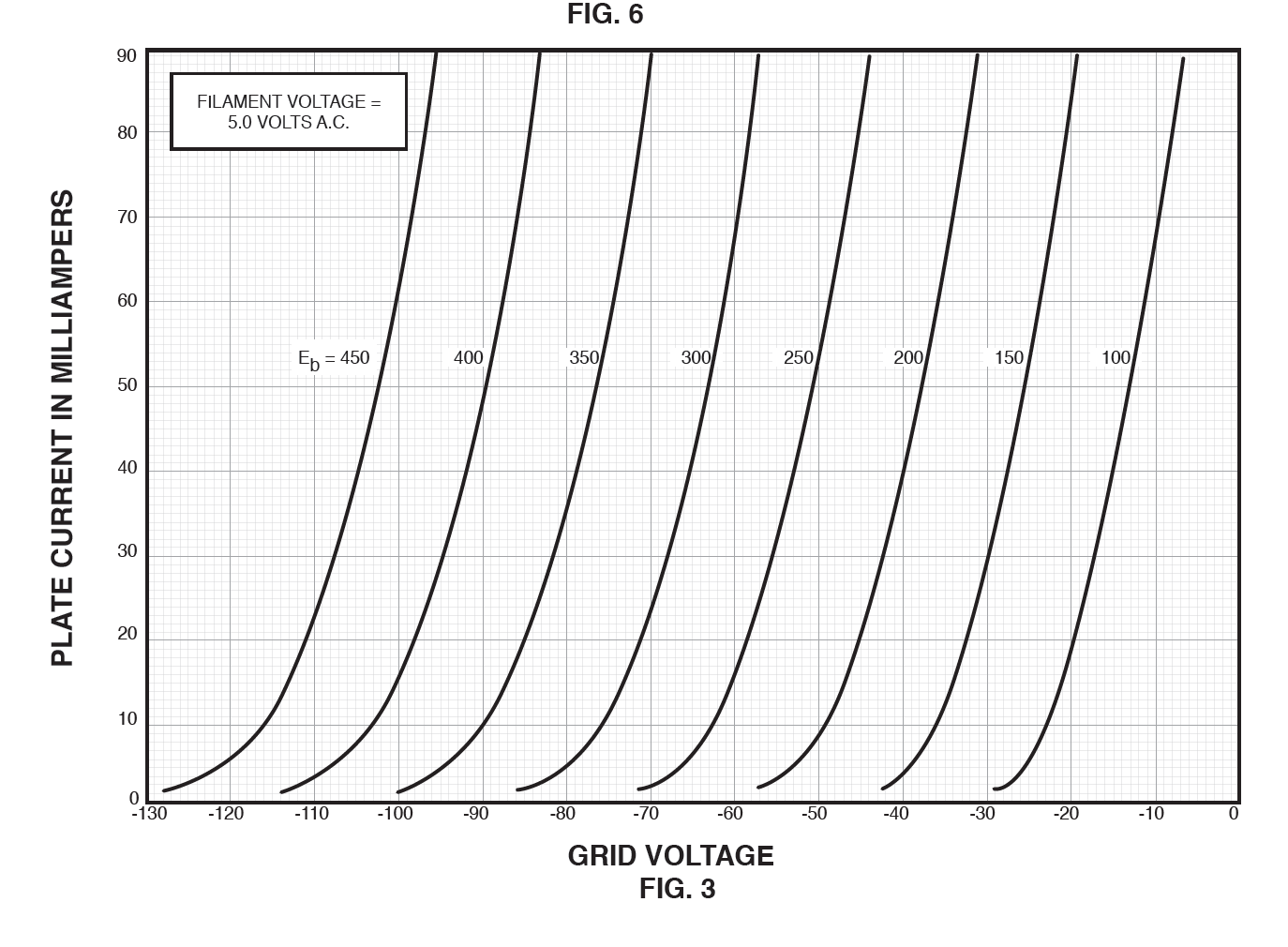 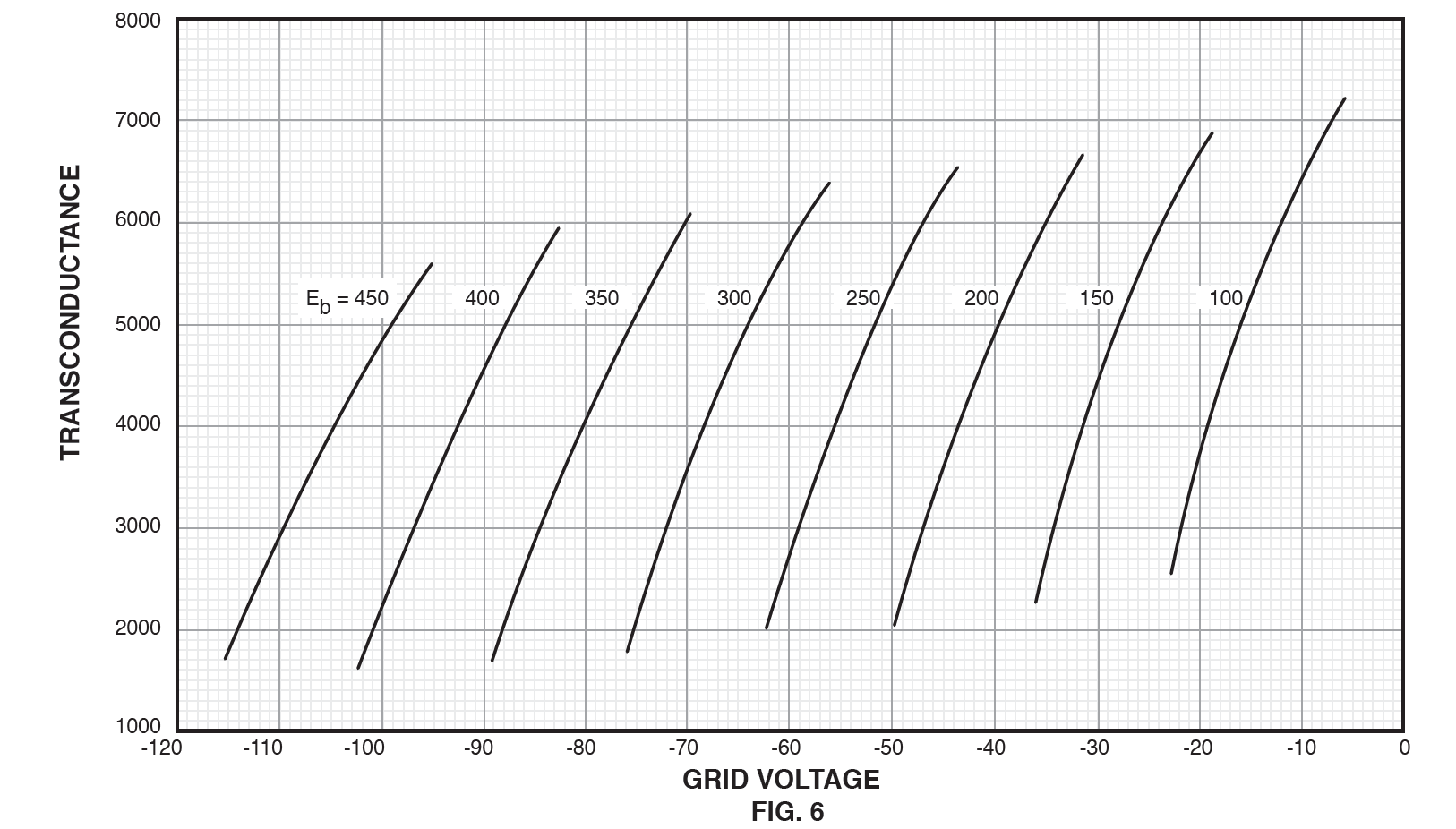